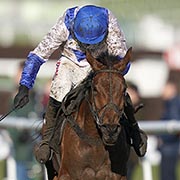 Willie Mullins missed out on a tenth victory in the Mares’ Hurdle last season when the 2018 winner, Benie Des Dieux, crashed out on her seasonal debut Annie Power style at the final flight when all set to beat the eventual 1-2, Roksana and Stormy Ireland, and we look set for a rematch between all three. Stormy Ireland was only a five-year-old last season and is 3-3 for this campaign appearing to have improved with another year on her back so there is a good argument that she can turn around the 2l she has to find withRoksana. Benie Des Dieux is likely to be a different matter having won the John Mulhern Galmoy Hurdle by a wide margin with her head in her chest in January.

With connections of the Irish Champion Hurdle winner, Honeysuckle, favouring returning her to 2m4f rather than tackle the Champion Hurdle at the time of writing, her presence is what would set the race alight in what would then be billed as the big head-to-head of the Festival rather than a coronation for what would otherwise be a very short-priced Benie Des Dieux.

Only Roksana, who is having a very different preparation this season to last year, and Apple’s Jade (her connections seem to be favouring a Stayers’ Hurdle bid) have denied Mullins winning every renewal since Donald McCain’s Whiteoak took the inaugural running, and Mullins just happened to train the close-up second and third that year, and he used to train the winner too!

In addition to Quevega’s six wins, five of which were first time out (which means that we are struggling for worthwhile race guides), the Irish have also registered four more winners, four runners-up and six thirds.

The best British guide, though more in terms of finding mares to place in this race, has been the Warfield Mares’ Hurdle at Ascot over an extended 2m7f in mid-January so a proper stamina test and won convincingly by the progressive Magic Of Light for the second year running, this time under a penalty and in more convincing style. Last season’s Grand National runner-up has Aintree as her main aim again so dropping back to 2m4f is the big sticking point to her chance, notwithstanding facing Benie Des Dieux and Honeysuckle of course.

Novices have fared okay as take out Quevega and they would have won three runnings which is good going given that they had no obvious contenders in 2013 and 2014 and since then there is now a mares’ novices’ hurdle at the meeting (the ‘Dawn Run’ has its fifth running this year) which takes away that small angle in that connections of the best novice mares are far more likely to head there instead.

The first nine winners were given hold-up rides though clearly this is massively skewed by Quevega’s dominance as that was the way she was ridden. Apple’s Jade led from the fifth flight three years ago and gutsily fended off her big rivals. That said, trying to make all on the hurdles track on both the New and Old Course over hurdles is a thankless task, but this is the easier course to attempt these tactics on.