Soft (Good to Soft in places) 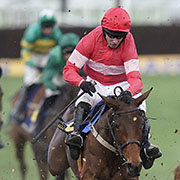 The mares’ novices’ hurdle over 2m1f registered in honour of Dawn Run is the newest edition to the Festival having its fifth running so there is little to comment on trends-wise, except the blindingly obvious that Willie Mullins has won all four editions with Limini, Let’s Dance, Laurina and Eglantine Du Seuil, who were all five-year-olds.

The first three easily justified favouritism but last season’s winner struck at 50/1 on her first run since mid-September and, for good measure, Mullins also saddled the 66/1 runner-up, Concertista (another 5yo), who was only beaten a short-head here on her hurdling debut! The third and fourth were trained by Gordon Elliott for an Irish clean sweep. This success means that Mullins has won 13 of the 16 races restricted to mares at the Festival. Lamarckise, Dolcita (owned by Sullivan Bloodstock like two of the four winners) and Colreevy are all to the fore in the market to further enhance his remarkable record.

Two of Mullins’s winners won the Grade 3 Solerina Mares’ Novice Hurdle at Fairyhouse in late January but his trio of Colreevy, Dolcita and Yukon Lil were beaten by the Henry de Bromhead-trained Minella Melody. The winning connections also won the same race with Honeysuckle last season who was ante-post favourite for this prize until ruled out with a setback.

As such Nicky Henderson’s Epatante started favourite but she hurdled poorly finishing only ninth. His Marie’s Rock was ante-post favourite for this season’s running until incurring an injury so the same stable’s Floressa now looks like being the leading British-trained contender.