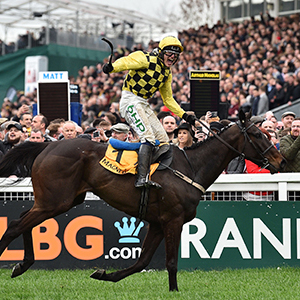 I do love a second-season chaser for the Gold Cup and Al Boum Photo became the fifteenth such winner in the last 30 runnings so a 50% strike rate. Pretty darn good when we consider how heavily outnumbered they have been. Their chief contenders this season at the time of writing are Lostintranslation, Delta Work and Santini.

Naturally, the RSA Chase has been the key guide for second-season chasers from the previous campaign but, with Topofthegame missing the season through injury, it is the close-up second and third from last season’s race ofSantini and Delta Work that are best placed to represent the race and they will attempt to become the tenth Gold Cup winner to have contested the previous year’s RSA since 1980. Six horses completed the double but four beaten horses in the RSA won the following season’s Gold Cup in the same period, Al Boum Photo being the latest.

Native River heads four ten-year-olds that were entered but the last winner aged in double figures was 22 years ago when Cool Dawn was successful so that’s the big statistical negative against the 2018 winner who is bidding to become just the second horse to regain his Gold Cup crown after Kauto Star, as indeed could the 2017 winner and also now ten-year-old, Sizing John. All 78 horses aged 10+ since 1998 have been beaten which included 16 horses sent off at 10/1 or lower and four outright favourites.

I do love a second-season chaser for the Gold Cup and Al Boum Photo became the fifteenth such winner in the last 30 runnings so a 50% strike rate.

Al Boum Photo’s one start last season prior to winning at the Festival was a winning one at Tramore on New Year’s Day and he has been given exactly the same preparation again so don’t be put off at all by just one start earlier in the season. Bobs Worth and Native River also only had one run before their successes. Garrison Savannah did likewise in 1991 when it was far less fashionable to do so.

Continuing with current season form, 28 of the last 32 winners finished in the first four last time out, only two winners since 1997 had not won earlier in the season and nine of the last 18 winners had not run during the same calendar year.

With regards to proven class, if your fancy has yet to win a Grade 1 race then you might want to seriously think again as the last 20 winners entered jumping’s blue riband with a victory at the highest level safely locked away at some point earlier in their career. That said, all the leading fancies meet that criterion this season. On a similar theme, of the last 19 winners, only War Of Attrition, Lord Windermere and Al Boum Photo failed to enter the race with an official BHA rating of 166+.

Sixteen of the last 19 winners could be found in the first three in the betting, which doesn’t include Sizing John who was sent off 7/1 fourth-favourite three years ago so it has very much became a race for the leading fancies, which was not the case in the 1990s.

Although 13 of the last 19 winners had finished first or second at the Festival before, 13 of the last 15 winners were running in the Gold Cup for the first time. Native River improved on his placed effort from the previous season to win as did Bregawn in 1983 and Kauto Star in 2009. Fourth last season when attempting to defend his title, his supporters can take hope from the fact that Cool Ground and The Fellow both finished fourth the season before they won the Gold Cup.

After six runners-up from 22 runners (Florida Pearl, Hedgehunter, Sir Des Champs, On His Own and Djakadam (x2)), Willie Mullins’s quest for that elusive Gold Cup victory finally came to fruition last season, though not with the stable’s first or second choice according to the market of Bellshill or Kemboy (both were out of the contest after just eight fences and his Invitation Only also failed to complete) but his perceived third string, Al Boum Photo. Two of his runners-up were also not his shortest-priced contender so keep an open mind with regards to all his contenders.