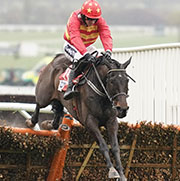 Being the opening race of the Festival it can be a good idea to keep an eye out for what are sure to be some superb on-the-day concessions from bookmakers on this race who are then hoping to then attract your business for the rest of the week. A well-fancied Irish horse winning the Supreme unquestionably helps to create an immediate raucous atmosphere and we have certainly had plenty of that recently as the Irish have won 16 of the last 28 runnings.

The first place to start for many will be Willie Mullins given that one of his representatives has been sent off favourite for five of the last six years. Not so last season but he took still took the race with Klassical Dream who had previously won the Chanelle Pharma Novice Hurdle at the Dublin Racing Festival which has traditionally been Ireland’s best guide to the novice hurdles at the Festival. In fact, Mullins is 3-3 in the Supreme with his winner of the Chanelle Pharma which he took again this season with Asterion Forlonge by 9½l. Horses to add the Supreme to their victory in that Grade 1 at Leopardstown this century are Like-a-Butterfly, Brave Inca, Champagne Fever, Vautour and Klassical Dream. In addition to three recent well-fancied Mullins-trained Supreme winners, he has also saddled two winning outsiders in Tourist Attraction and Ebaziyan, and his Min and Melon have finished runner-up in two of the last four years.

Altior was giving Nicky Henderson his first Supreme winner since Flown in 1992 when successful four years ago. For good measure he also saddled the third, Buveur D’Air, in that exceptional year. In addition, he had been responsible for as many as 11 second, third or fourth-place finishers in just the last 11 years alone. His main hope this season is Shishkin who is unbeaten in two completed starts over timber. Only three of the last 23 winners were beaten last time out. In fact, over two-thirds of Supreme winners going back to and including Indefence in 1996 had won their last two starts and 19 had run in the previous 45 days.

The last 11 winners had run 4+ times over hurdles before they lined up for the Supreme. Getabird and Melon were beaten favourites off the back of limited hurdling experience but there used to be plenty of Supreme winners that had only two starts over hurdles, but none since 2008 which is what both Shishkin and Asterion Forlonge will be trying to overcome. It’s been a long time since Destriero and Flown both won off just one hurdles start in back-to-back years (1991 and 1992).

As for the best British guides, Fiddlerontheroof will be attempting to emulate Forest Sun, Noland and Summerville Boy who all won the Supreme after taking the Tolworth Hurdle and Chantry House took the NH Novices’ Hurdle at Cheltenham in December contested by Al Ferof and Summerville Boy in their winning years before taking a novice event at Newbury contested by Shadow Leader, Arcalis and Al Ferof in theirs. The novice hurdle at Kempton on Boxing Day won by Fred was won by Menorah and Altior prior to them winning the Supreme (with Darlan coming up just short). Hang In There won the Grade 2 at Cheltenham in November contested by Altior and Summerville Boy recently.

The best British guide, however, was 364 days earlier as four of the last 17 winners finished in the first five in the previous season’s Champion Bumper. Abacadabras (fourth behind Envoi Allen) looks to be that race’s leading hope this time.

The last 11 winners had run 4+ times over hurdles before they lined up for the Supreme.

The Supreme is regularly won by as a stayer. In addition to four Gold Cup winners this century having finished placed two years earlier (Best Mate, Kicking King, War Of Attrition and Sizing John), looking at individual cases in recent seasons, Al Ferof outstayed the classier Sprinter Sacre in 2011 and, likewise, it was Champagne Fever’s extra stamina that won the day fighting back to deny the speedier My Tent Or Yours two years later. It says an awful lot with regards to how the Supreme has altered of late that the only four horses to finish in the first three in the last 12 years who started their career on the flat, especially as seven winners in just 11 years between 1996-2007 were flat-race converts.

It usually pays to race close to the pace in the Supreme. Labaik was an exception three years ago but it is not often a race in which the winner is held up. When Klassical Dream made most of the running last season he was emulating Vautour, Champagne Fever, Sausalito Bay, Indefence and Arctic Kinsman who also made all or virtually all. That’s a very healthy strike rate for a race that regularly features over 16 runners so should be of note to in-running punters.

Klassical Dream was also re-routed from the Ballymore in the week leading up to the race once it was clear that testing ground was likely. I like a race switcher at the Festival (especially a Mullins race switcher - Nichols Canyon, Black Hercules and Fiveforthree being others it worked successfully for) and Like-a-Butterfly and Brave Inca were also thought more likely to contend the Ballymore but were surprisingly declared for the Supreme the day before the race. It looks like it will need to be testing ground for Envoi Allen to switch from the Ballymore.

Hors La Loi III was the last four-year-old to win with an age allowance back in 1999, though few of any great significance have tried since then. Fakir D’Oudaries was fourth last year as a leading fancy to try to be the next. The most notable four-year-old to take his chance, and by a long chalk since Hors La Loi III was also owned by J P McManus as Binocular was runner-up after he was re-routed from the Triumph Hurdle.

Ratings-based arguments don’t do it for me in the Supreme, just like they don’t in other Grade 1 novice races, the early classics on the flat or indeed any race featuring young horses with stacks of potential. Ratings tend to be the base of most betting markets so where is the edge if you do anyway?

Eleven of the last 14 favourites to be sent off at 2/1 or shorter in the Supreme were beaten.