Good to Soft (Soft in places) 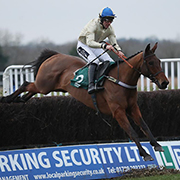 The stranglehold that the Irish held on the Foxhunter came to an end three years ago with Paul Nicholls landing a 1-2 with Pacha du Polder (16/1) and Wonderful Charm thus ending their six-year winning streak and the winner then repeated the dose the following season at 25/1. That was Nicholls’s fourth success in the race surpassing Fred Winter and joining Richard Barber, and this season Bob And Co looks his most interesting contender if declared (could wait for Aintree). Alcala looks a more likely runner for him at present

The Champion Hunters’ Chase at the previous spring’s Punchestown Festival won by Caid Du Berlais for the last two years has featured six of the last 13 winners which is now Ireland’s best guide. Also note the hunter chase at Down Royal on Boxing Day in which Dylrow beat Billaway (won a better hunter chase since reversing places with the winner) as horses to finish in the first two in that race have come on to win here four years running up until 2017.

Minella Rocco or Staker Wallace could attempt to give J P McManus a fifth Foxhunters’ winner. However, whereas 13 of the last 18 winners of the Aintree Foxhunter’ were ex-handicappers (or better) who had their attentions turned to hunter chasing, 26 of the last 31 winners of Cheltenham Foxhunter had the opposite profile having been brought up from a point-to-pointing background from the outset. Minella Rocco did start off by winning a point-to-point but obviously he is much better known for his career at the highest level.

Point-to-pointers yet to run under Rules can win as Rushing Wild and Cappa Bleu have shown but with 25 of the last 26 winners having already won on a park course, it’s not easy for them.

26 of the last 31 winners of Cheltenham Foxhunter had the have been brought up from a point-to-pointing background from the outset.

Horses aged over ten have won just five times in the last 29 runnings despite being responsible for approximately 50% of the field in that time frame but what is hugely significant about their victories is that three of that successful ageing quartet were former winners of the race; Earthmover, On The Fringe and Pacha du Polder. Hazel Hill will try to become the next now being aged 12 after his 4l success over Shantou Flyer last season.

Eight of the last 16 winners contested the previous season’s Foxhunter. Third place has been a curiously good position to finish in the previous year’s Foxhunter as five of those went on to win it in a later year and Oscar Delta, who finished third in both 2011 and 2012, was all set to win in 2013 before losing Jane Mangan with 150 yards left to race. Top Wood finished third last season after finishing second in 2018 but he is now aged 13.

The Willoughby De Broke Hunters’ Chase at Warwick has featured four winners since 1998 which is an excellent return when we consider it has been abandoned on six occasions in the last 17 years. Minella Rocco took this season’s race taking advantage of Bob And Co proving to be uncontrollable on his British debut. Both have won since, in fact Minella Rocco took advantage of Hazel Hill jumping badly out to his left when beating him at Wetherby.

Last-time-out winners have won 25 of the last 34 runnings. They have also recorded five 1-2-3s and two 1-2s in the last 11 runnings and in-running punters should take note that six of the last 24 winners made virtually all the running and a 50/1 outsider almost did so in 2018.